Drive@UCR was founded in 2009 and is a UCR Sanctioned, student organization dedicated to spreading the rich automotive culture of Southern California through meets, get-togethers, shows, and seminars. We are comprised of a variety of different members from different backgrounds and drive different cars. From imports to domestics, lowriders to off-roaders, racers to those that just like to drive around. Drive@UCR aims to bring together those with a common interest in Automobiles and provide an atmosphere to promote discussion and a good time for newcomers, casual enthusiasts and die-hard gearheads.

It's been a few years since Drive@UCR has been establish as an official school club by our previous President Annant Taneja, and throughout the years we've had a few special guest appearances here and there but nothing has topped this first meet. Of all the years I've been a student at UC: Riverside, I vaguely remember the first meet "unofficial" meet setup by a few close friends, specifically Brian Nguyen, which now is an Alumni. You many not recognize the name, but I'm sure you've seen the car before...

But more on that later...
Our President, Hohyung Lee (Pronounced HOE-YOUNG) really wanted to top all of the meets we've hosted before. So Hohyung and Marcus Wong (another officer) set off to spread the word. Soon enough there were more cars attending than spaces available to park, not counting the people that didn't RSVP via facebook. Long story short, this first meet of the school year was such as success that I'm looking forward to the meet growing.
Thanks for William from Night-Import and 1013MM for coming out!
Also thanks to the teams/crew/etc that came out to support our first meet!
NOTE: I'm not a professional photographer ...
626 Represent!

Thomson's EVO X
(he was saving a few spots)

Tommy's Famous "LOL BMW"
Too bad he's parting it out...

President Hohyung Lee (on the right)

Even a Jeep showed up!

Karlo with the DA

A work in Progress

A few members of Drive@UCR

Yes, It DOES say "VTECLULZ" on that GTI

Couldn't make it any clearer, ROBISPEC

Even the famous D.J. Pow showed up!

Sorry if I didn't get any pictures of you or your ride, just look out for me next time and ask!

I'll be looking for our next meet which is on October 12th, at the same location. The meet starts at 8pm and spaces fill up quickly so arrive on time/ early if you want a spot!

Thanks for also supporting the local businesses, Boba Tea House and Freshh Donuts. Without them we wouldn't have a proper lot for this meet.

There are a bunch of pictures that I wasn't able to post up here because it didn't correctly get hosted but you check them out there on my Facebook, I'll figure out what went wrong soon enough.

By the way guys, please try to keep the lot free of trash, we'll have a few trash bags out at the meet next time!
-Jason Lee
Posted by Jason Lee at 11:27 AM No comments: 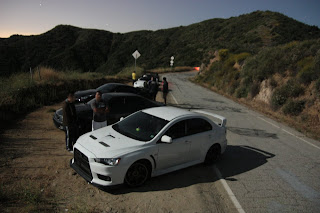